Having recently binge watched the latest series of Cobra Kai on Netflix*, I was struck by the story of Eli Moskowitz played by the talented Jacob Bertrand. Eli was a kid being bullied because of a scar on his lip.

In his story line he attends the Cobra Kai Dojo and again receives nasty verbal comments about his appearance, and a comment about ‘flipping the script’** resonates with him. He turns up the next day with a renewed confidence and a Mohawk and is then known as ‘Hawk’.

Whatever you think of the series (though if you grew up in the era of the Karate Kid and don’t love this series, were you ever an 80s kid?), and your thoughts on Eli’s story, there’s something to be said for ‘owning your story’.

As a child growing up with a visible burn injury at the height of the Freddy Kruger horror franchise, I experienced the cruelty and unsurety first-hand of young people who hadn’t been taught how to deal with difference. 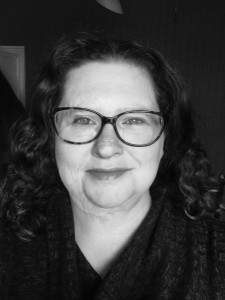 A chance encounter with the founder of the charity Changing Faces, Dr James Partridge, changed my own perception of myself and the world. The late and much missed James ‘owned his story’ like no-one I’d ever met. Having sustained burns in a fire when he was 18 years old, he wrote about his experiences in a book and later founded the charity itself, helping thousands of adults and young people to make sense of their unusual appearance in a world that still seems to awkwardly value ‘visual perfection’.

Learning to own my story has led me to undertake motivational public speaking, campaigning for better rights for unpaid carers, for better wheelchair access, for face equality in the workplace and more. It moved me from a darkness of low confidence and self-esteem to brilliant periods of self-directed informal learning, completing courses and qualifications I didn’t expect to approach like Life Coaching, NLP and Leadership & Management) and to falling in love with adult learning.

Building confidence and self-esteem doesn’t just come from inspiring chance encounters with strangers – it comes from trying new things. James’s comments and story pushed me into my ‘growth zone’, that little area outside of our comfort zone where we’re able to grow. Our comfort zone, whilst feel safe and secure (if sometimes toxic). is not a space where growth happens. Growth zone let’s us dip our toes into unsure waters like adult learning, try new experiences and consider how we want to ‘own our story’.

In today’s learner stories, shared in celebration of Adult Learners Week, we hear from Josh and Bell, both who have come through adversity and life’s unexpected twists and turns to find their passions and ‘own their stories’.

This week social media is riddled with inspiring people, stories and learning experiences, follow the hashtag #changeyourstory to be inspired.

*This is obviously not an advert for the Cobra Kai series, nor Netflix….other martial arts series, inspiring story lines and streaming services are available….

** Apologies to my 80s self for quoting Johnny Lawrence, something I never thought would happen